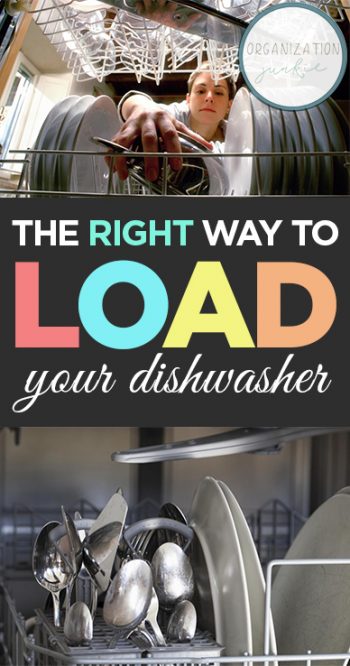 You mean I’ve been doing it wrong all these years? Well, probably not. But there actually is a right and a wrong way to load your dishes — if you want them to be as clean as possible. Here are 6 do’s and don’ts of loading your dishwasher for sparkling results. 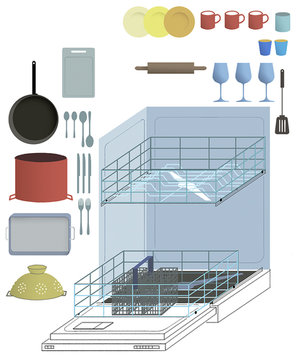 1. DON’T Set Every Plate in the Same Direction

You might be doing this out of habit. But plates should really all face inward, toward the jets. That means one half of the rack would face one way, and the other half would face the other way, so racks of plates face each other, with smaller ones in front of larger ones. (Side note: Does anyone else remember eating off these thin-but-indestructible Corelle plates as a kid? I have this set now — the very ones I grew up on.) 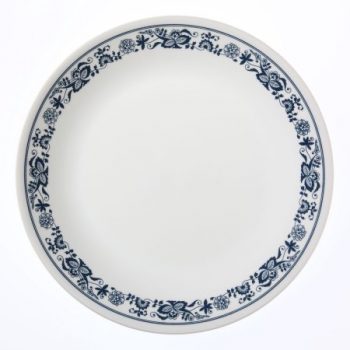 Many of us simply rinse plates and pans out, but we don’t scrape them. Scraping usually works better to remove food. Unless you won’t be running the dishwasher until the next day, rinsing usually isn’t necessary. One exception would be rice, which can cause clogs. Make sure that whether you rinse or scrape, each grain is removed before loading. Might be worth getting a set of scrapers. 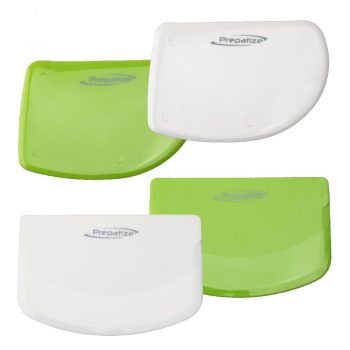 Why does it matter? Because something in the top rack — such as the rim of a plastic dish or something that’s turned over — might drip water on to the dry dishes below. 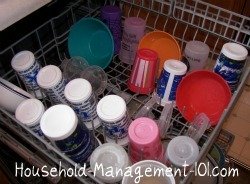 4. DO Plan For the Unload

Especially when it comes to utensils, plan for the ease of unloading. If all your forks, butter knives, and spoons are split into groups, you can grab them all at once and put them away, instead of having to sort through. Handles up or down? That’s up to you. Some put handles up so that’s the only part that gets touched during unloading. Some worry that putting them in that way doesn’t let them get clean. Either way, don’t cram them in. 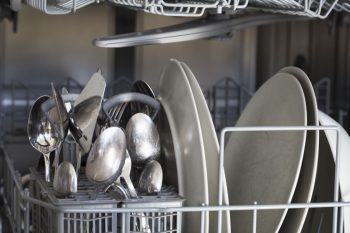 5. DO Leave Some Space

Sure, you want to fit ALL the dishes in there if you’re going to run the thing, right? But letting dishes touch can 1) result in breakage, since things will move around during the cycle and 2) cause “nesting” that doesn’t let things get clean. Make sure every plate, glass, and dish has a little bit of wiggle room. 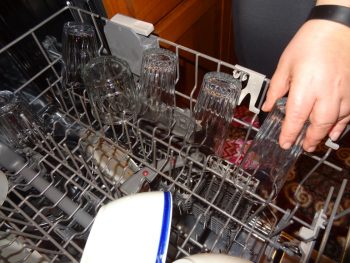 Before shutting the dishwasher, make sure every arm and spray jet can spin freely. You could cause damage to your dishwasher and end up with a load full of dirty dishes if their movement is hampered. Also, make sure you haven’t got a large plate, cookie sheet, or other item that could potentially block the detergent cup from opening at the right time. 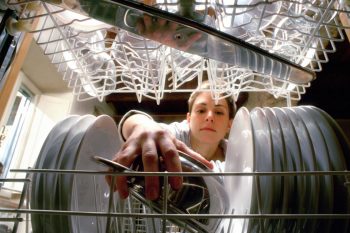